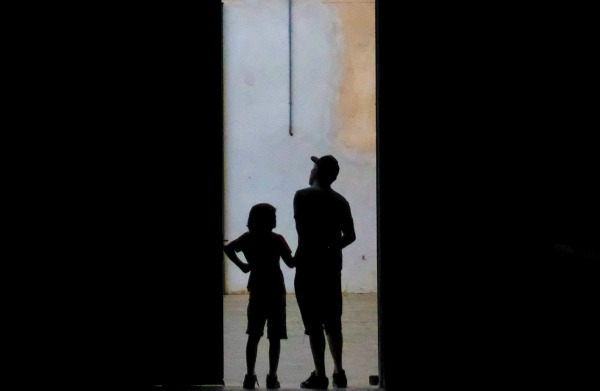 It’s called your “past” for a reason. But that doesn’t mean it didn’t happen or it doesn’t matter.

I’m reading David Goggins new book, “Can’t Hurt Me,” and inside the audiobook, he gives out challenges at the end of each chapter. The first challenge was to journal and reflect on the hard times you’ve had. The obstacles that have been in your life to keep you from being who you are meant to be.

Now, I’m not one to put all of my life’s hardships here but I also accept them as a part of me and who I am today so I feel called to share.

My Father left my Mom when I was too young to remember. Left and really never looked back. When I was in second grade I flew to New Orleans over Christmas to see him and that side of my family. I still have pretty vivid and fond memories of him and that trip. It was the first time I had a memory of seeing him, and would also be the last time I ever saw him. Outside of a few photos that my Aunt, his Sister, would send me while I was in High School, that was it.

I remember it was my 14th birthday. I was outside playing football with a few of my buddies when my Stepdad, who I look to as my real Father, open the front door and called my name. He said I had a phone call. I asked who it was, we were in the middle of an intense game. When he answered that it was my Dad, let’s just say it caught me off guard. I didn’t see that coming but remember being excited and nervous as I went in to pick up the phone.

We talked a few times over the next six months or so. He sent me money for Christmas and then disappeared. Never to be heard from again. Outside of those few memories of him, that is it. He has never been there. I have – for my entire life – acted like it’s no big deal. Discredited the impact of, and fact that my Dad was not a part of my life.

I’ve always said – when telling friends about that part of my life – that it’s not a big deal. I will always say, “he was never there so I don’t know any different.” There are days and months where I won’t even think about it. However, I am starting to realize that deep inside somewhere, covered under layers and layers, my dad being absent my whole life is a bigger deal than I’ve given it credit for.

My kids will ask me about my Father. And when I give them the standard answer I give everyone else they don’t get it. What do you mean you don’t know your Father? Where is he? And all the other logical questions adults think and kids, in all their innocence ask you to your face. I don’t know all of the details of their breakup, and I’ve never really dug very deep with my Mom. My Mom and I were on our own together and have a very special bond because of that.

Very recently I had a big “Aha moment” around this entire part of my life. It has been my Holy Cause (my “why”) to be the example for my kids. It is the reason I push myself and do events like my most recent 100-mile ultramarathon. Not only do I want to show my kids what it is like to set big goals, but I also want to show them what it is to do what required along the way.

This is where the “aha” came in a few weeks ago. It hit me that one of the biggest reasons this is so important to me is because I do not want to leave it up to chance who will be that leader and example for my kids. My Father chose to leave me and not be a part of my life. And whether he realized it or not, he also left it up to chance who that person would be for me.

As my kids have asked questions, as I have opened myself up more over the last few years, and as I get challenged by questions like the one in this book lately I have started to dig more into how not having my father around may have actually impacted me and my life and who I am. I think, in part, I didn’t give it any credit because in some strange way that would be giving my dad some credit for who I have become, and I don’t want to do that. I don’t think he deserves that. But the truth is, it HAS played a part in making me the man and father and husband I am today.

As I continue to be open to this part of my life I am sure that more will come to the surface. I’ve seen many messages coming into my life and a direction that I am being nudged and so far I have kind of resisted it. But that’s a story for another blog.

If you have had similar experiences I’d love to hear them.

Check out my new Championship Leadership Podcast page. Register and get a BONUS – access to THE PATH – a 6-part video series, and a step-by-step how-to so you can create any result you want in life!

Photo by Craig Whitehead on Unsplash