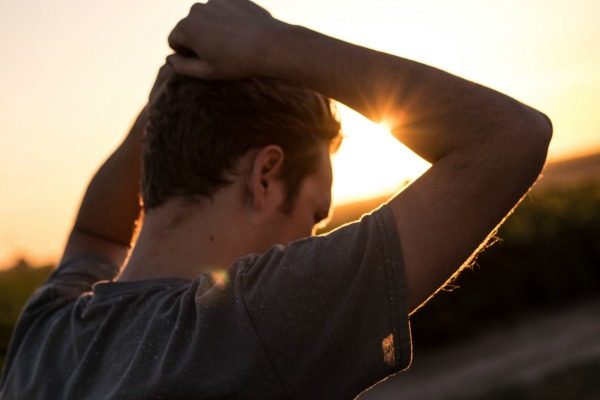 What would it look like inside your life if you stopped being afraid and just took the actions that propel you toward your desires?

I want to talk to you today about dreams, goals, and fear. I’ve been noticing this trend lately with a lot of the people I talk to, and even friends and family. This trend of being afraid to admit that they want more out of life than what they have right now. So many people are afraid to admit their dreams and goals out loud.

Why do you think that is? What is it about dreaming and desiring to live a legacy lifestyle that makes people feel afraid? Honestly, I think a big part of it has to do with our current society, public opinion, and of course the stories we tell ourselves about what people will think or say if we announce our dreams to the world.

I also think – and have seen this in play enough times to believe I’m right—that people are afraid to announce their goals and dreams because if they don’t reach them, or if things fall apart, then the people they told will judge them. And no one likes to be judged, right? And then there’s the ridicule. Or the “jokes” and the pokes and prods that come in from all angles. Friends and family who are maybe jealous, or who can’t imagine going for their own dreams so feel like it’s OK to drag you down, too. Knowing those things could happen can add to this feeling of fear when it comes to admitting that you want more.

But what if you were able to stop telling yourself those stories? What if you stopped being afraid of desiring success, wealth, and a legacy lifestyle? What if you started telling the story to these people, who will eventually see how amazing your life is and see you as an inspiration? Would that help you to be less afraid? What if the story turned into, “I went for what I wanted, even though I was afraid, and now I’m living my legacy every day…and you can, too!” Would that make it easier for you to tell people about your dreams and goals?

In business, sometimes, or most often, the people willing to do the things that are outside of the norm, the people who are willing to “think outside the box” and then take action—doing things that would set them apart from their competition—are the ones who are successful. The people who either rewrite the stories in their heads or move forward toward their goals in spite of those stories are the ones who are living their legacies right now, today.

It takes being willing to get over yourself. You must be able to get over these stories and stop allowing them to scare you into not taking the actions you KNOW can help you reach that goal of living your legacy. Think about it, if you actually did what you wanted to do the way you wanted to do it, what would that look like inside your business? What would it look like inside your life if you stopped being afraid and took the actions to propel you toward your desires? It would be pretty awesome, wouldn’t it?

Photo by Jeremy Perkins on Unsplash