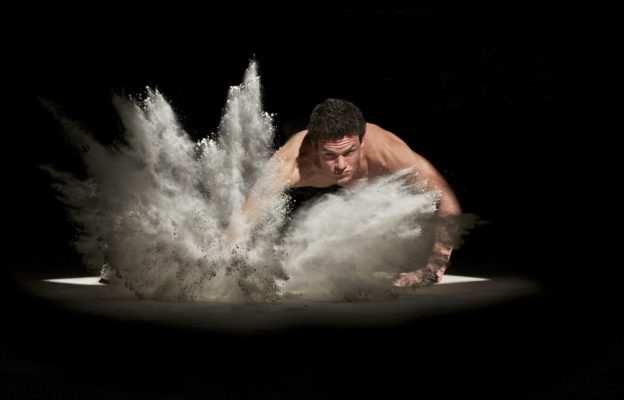 It’s important to do the work that is required, but not burning out in the process matters, too. Read on to learn why sometimes less really is more.

Often, I talk to people who feel like they aren’t succeeding in life or business because they aren’t doing enough. They are burning the candle at both ends, constantly running from one thing to the next; they are always exhausted and stressed, but feeling like they aren’t even moving the needle. They see other people in their industry, or friends on social media, who all seem to be conquering “life” with so much ease. So, they try to pile on even more. It doesn’t take long before those same people end up crashing and burning. Truly, sometimes less is more.

But, it doesn’t have to be that way. You can accomplish just as much, and be as successful as the next guy, by working smarter not harder. Sometimes less really is more.

This lesson was brought home when I was training for the SEALFIT Kokoro. You see, I had some brothers who had gone through the course before me, and while that was a huge motivator for me to give it a try, it also had me questioning if what I was doing for training was enough. These guys did incredible amounts of work in preparation, and I just kept looking at them and thinking to myself, man, am I doing enough? Am I truly doing enough? Am I truly doing what is required to finish Kokoro, and not only to finish but to excel at the course? I didn’t want simply to show up and snake my way through it. But how could I get through Kokoro and excel in doing the work I was doing? Of course, I compared what I was doing to some of the work I saw other guys doing.

I hadn’t yet come to terms with the fact that sometimes less is more.

I challenged myself so I would have that mental edge to know that I had what it took to get through. Like what happened when I approached the end, where I had to do 1000 burpees. I found the most important action I could take was to be consistent in my work and preparation. I ran a lot. Since I knew that at Kokoro you had to run everywhere, I ran to build up my endurance. I did literally thousands of push-ups in preparation for the event. (And of course pull-ups, which was a huge task for me.) Four months out, I think I could do–realistically—four strict pull-ups—but I needed to be able to do 10, and I needed to be able to do them in a tired, fatigued state.

I also got really serious about my diet. I dialed in my nutrition because I knew I needed to drop 40+ lbs. And I did. I was strict about my nutrition because I knew that extra weight could make or break me. I’ve written before about how Kokoro isn’t a big man’s game. Even after losing 45 lbs, I was still one of the biggest guys there. And I was one of the biggest guys to complete the course.

Still, compared to a lot of other guys, it didn’t look like I was doing a lot of work to get ready. Honestly, I just didn’t have the time. Or, maybe that’s a story I told myself? Maybe I just didn’t want to do that much work? But I made sure to do a lot of running, push-ups, sit-ups, and pull-ups. All of the standard movements that I knew I would need to do to qualify physically. I didn’t make it super complicated. Instead, I focused specifically on what I knew I would need to do to be successful.

I think that happens to a lot of us, in a lot of different areas of life. We overthink and overcomplicate what we have to do and then overwhelm ourselves. Instead of slowing down and figuring out what the key or core things are that need to get accomplished and focusing on those, we run ourselves ragged. Running. Sit-ups. Push-ups. Pull-ups. Those core movements were all I needed to focus on to not only complete in Kokoro but to finish as one of only 9, out of 28. And I can guarantee you there are a large number of those guys in the original 28 who did a lot more work than I did going into the event.

It was dawning on me that sometimes less is more…

But knowing that really helped me get clear on the reality that sometimes less truly is more. We need balance in life. We need to do the work required, but we also need to not burn ourselves out. We need to recover. We need to come in healthy. What’s the point of success if you are too sick, tired or rundown to enjoy it? What good is burning yourself out just to win, if you could have reached the same goal without hitting bottom in the process?

Now, don’t get me wrong. I’m by no means sitting here and preaching that you don’t need to do the work, or that you don’t need to work at all. I was making moves every single day. I just wasn’t putting in two hours a day. I would put in a big workout on Saturday or Sunday, depending on the week. Maybe four or five hours depending on what I was doing. If I was doing a long run or something like that. I was making sure to get those core movements and exercises in every chance I got. And I was running … always running. So, I was putting in work, but just not as many hours every day, the way the other guys were.

I was still learning, sometimes less is more.

Now, less is more doesn’t mean that you have a pass not to do anything. Less is more is not a pass to say that you don’t have to work hard. Less is more means take advantage of the time that you have and getting in as much work as you can. Figure out what the core actions, movements or steps are that you need to master to reach your goal, and focus on those. If you can do that, you’ll win every time. And you’ll win with much more ease, much less stress, and while maintaining true balance in your life.