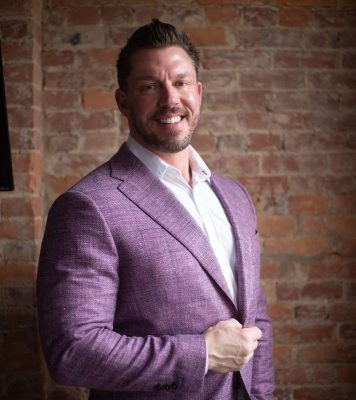 In this episode of Championship Leadership, we had a very interesting conversation with Ryan Niddel, entrepreneur and CEO of MIT45 and South Sea Ventures LLC. He will share his entrepreneurial journey that started at 10 years old under the wing of a successful businessman. He also reveals his lack of success in some of his businesses and tells us the greatest lessons he gained from those failures.

Ryan Niddel also discloses his personal experience on how to handle the truth and his realizations that helped him where he is today. These and more!

[0:40] What does Championship Leadership mean to Ryan?

[1:30] Who is Ryan Niddel and what brought him to where he is today?

[5:57] Leaders that have influenced him.

“Championship leader is a servant leader.”

“Part of being a leader is being able to make those decisions with enough impact, enough insight from all those around you to make the decision to deal with the outcomes.”

“I believe that all of us go through seasons in life and those seasons I’ve needed different people, or felt called to different people with really a lot of different character traits from each one of them.”

“My choices are to level up my game or find somebody else to do it right.”

“I think that’s so much of what mentorship and leadership is helping condense time down for ourselves and for those around us.”

“I still believe that most people are inherently good, and if you say something to me, it’s because you want me to expand my capacity.”

“Don’t ever assume that you know the answer, and assume positive intent for most people.”

Ryan Niddel is a CEO, Board Member, and Entrepreneur. He is also the leading authority on improving revenue of companies by improving EBITDA through increased operational efficiency, lean manufacturing principles and more. He has helped with the acquisition or exit of more than 11 companies while seeing their collective revenue surpass more than $237M. Niddel has successfully tripled the revenue of more than 5 companies in under 2 1/2 years adding an extra $950M in valuation to these companies.

Niddel began his entrepreneurial journey at the age of 10 with a local lawn mowing operation which led to being taken under the wing of a local businessman while being mentored starting at the age of 14. He currently is a principle in a private equity group, the CEO of two 8-figure companies, and sits on the board of directors for several other companies. He has built a reputation as Ohio’s top business growth specialist, and as someone able to rapidly improve the profitability of a company in order to achieve a higher valuation and sell for significantly more revenue.

Ryan Niddel contributes to multiple charities including Big Brother Big Sister, Operation Underground Railroad, The Buckeye Ranch, and other causes he cares about. He is in the process of launching a foundation focused on the education of the youth of today to help with practical application on business, entrepreneurism, and capitalism.