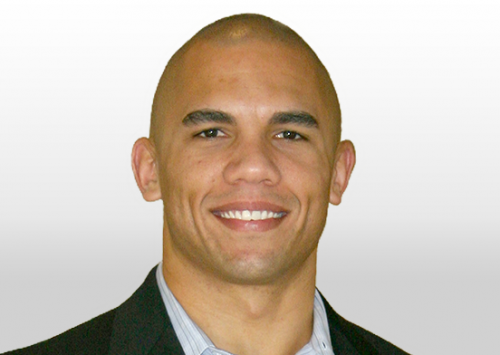 In this episode of Championship Leadership, we had the privilege to interview Randall Crowder, former Captain in the US Army, Venture Capitalist, and  Chief Operating Officer of Phunware (NASDAQ: PHUN), a technology company in Austin, TX providing brands with a fully integrated cloud platform for mobile, including blockchain-enabled data exchange and mobile loyalty ecosystem powered by PhunCoin. Growing up in a family of military men, Randall never considered going through and becoming a part of the US Army but fate has a different plan for him. After serving for six years in the military and holding a high position as a Captain, he decided to take his MBA and pursue his dream of becoming an entrepreneur.

For the years to follow, Randall was able to translate his skills into the private sector and managed different successful investments as a venture capitalist. Today more than ever, Randall’s passion to be a part of every venture innovation just becomes stronger. You want to know more about Randall’s journey?

Tune in to this episode!!

[7:05] What does Championship Leadership mean to Randall?

[11:30] Who is Randall Crowder and what brought him to where he is today?

“Championship leadership is not only understanding how to respond to failure, but how you rally your team.”

“Leaders are less like a contract and more just like this consistent commitment to conviction of action.”

“If you want to be something or do something, it’s possible.”

“You know you’re inspiring others with your actions. Not so much your words.”

“The art of delegation is probably one of the greatest skills a leader can develop.”

“Asking something from somebody else, actually creates a stronger relationship because it feeds on somebody else’s desire to help.”

“There are only two real pains in this world. There’s the pain of discipline and the pain of regret.”

“If you had a choice of being right and being kind, choose being kind.”

Randall Crowder is passionate about new venture creation and the innovative spirit that fuels entrepreneurs and advances in technology. As an active investor and entrepreneur, he understands what it takes to successfully launch and grow a new business. He regularly publishes articles and speaks on entrepreneurship, venture capital, healthcare, and the rise of blockchain technology and cryptocurrencies.

Over the past decade, Randall has led over 40 angel investments and deployed over $60M across 14 companies as a venture capitalist. Randall is a co-founder and Managing Partner at TEXO Ventures where he focused on tech-enabled health services and he is the sole founder and Managing Partner at Novē Ventures where he focuses on investing in existing companies looking to leverage blockchain technology. Prior to TEXO, he led the Central Texas Angel Network (CTAN) to becoming one of the most active angel networks in the country. Randall also founded and launched Texas Venture Labs (TVL) at UT in order to give the next generation of investors unique experiential learning opportunities outside of the classroom.

Before getting involved in venture and entrepreneurship, Randall was a Captain in the United States Army and is both Airborne and Ranger qualified. He served over six years active duty and deployed twice in support of Operation Iraqi Freedom where he was awarded two Bronze Stars for his actions during combat operations.

Randall holds a BS from the United States Military Academy at West Point and an MBA from the McCombs School of Business. He is also a Kauffman Fellow and member of the Young Entrepreneur Council (YEC).