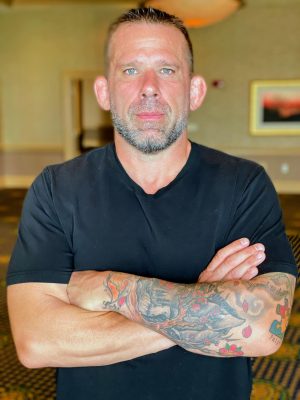 In this series of Championship Leadership, we are elated to have with us Paul Halme, a Black Belt Brazilian Jiu-Jitsu World Champion, Founder of Peak Performance MMA, former stockbroker, and Martial Arts Business Coach. He will share his story of what drove him to pursue and set up his own martial arts gym that led him to let go his 6-figure corporate job but ended up being one of the most established fighters in the ring, a dynamic International Speaker, and two times Best Selling Author.

He will also reveal to us the reason behind his passion for traveling and tell us the best lessons from it. These and more!! Tune in!!

“Championship Leadership means going above the average and even beyond that and going to be.”

“If you want something you have to show up and do the work.”

“Money amplifies who you are.”

“I’ve learned growing up as a man, if you can help them, offer to help.”

“99% of the stuff you’re worried about is never going to happen.”

“If you start taking action on your goal that’s the biggest thing because you can write down goals you can dream.”

To Entrepreneurs, Paul Halme is the secret weapon they don’t want their competitors knowing about.

He used his business acumen to build his business into one of the most successful gyms in the US. This wasn’t enough for the former stockbroker, and he began creating high six-figure offline businesses for his clients. This has resulted in his consulting company growing will into the 7 figures by helping his clients, all the while living a freedom lifestyle of his own design.

Paul works with highly committed people who have worked hard to build their businesses. The most common results his clients attest to? More time for your family, more money and more time to travel while having a successful plan to financial freedom.

To date, Paul has become a bestselling book author, an international speaker, and a sought-after mentor for people worldwide.

How To Make Money With Your Martial Arts Gym: Even If You Haven’t Won Anything Yet