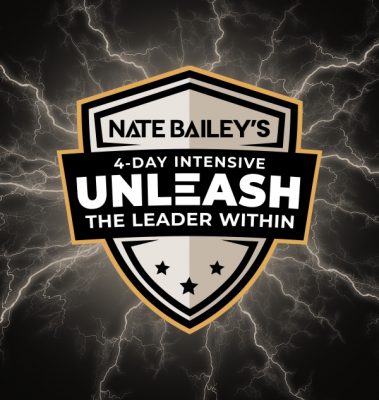 Day 67: Unleash the Leader Within Experience

To highlight the lack of leadership, ownership, and accountability we have the Russians pushing a message that their 15-year-old world-beating figure skater in the Olympics the reason she failed a drug test for performance-enhancing drugs was because she accidentally mixed up her grandfather’s private heart medicine stash as her own.
I mean you’ve got to give it to the Russians for being crafty with their explanation of the mistake.
Then somehow she is allowed to still skate, when no other athlete in Olympic history has ever been given that opportunity, after failing a drug test, no matter how crafty or ridiculous the excuse is.
Leadership even at the Olympic levels is weak. No one is willing to take a stand and every level is bending to the mob instead of stepping up as a leader.
That is why I’ve created Unleash the Leader Within Experience coming up April 11-14. It’s also the reason I’ve made it Private/Invite Only.
I will control who we have in the room. I want the room filled with leaders that are willing to be Championship Leaders.
That are willing to take a stand in difficult times, when the mob is loudest, to stick to their values and what they believe to be right in spite of any other circumstances or outside pressures and stresses.
I bring in the industry’s top experts in business, marketing, mindset, finances on top of everything else to deliver an experience unlike anything else.
Thus, you can’t sign up online or click an ad to attend. There is only a very limited number of invites available via our speakers, coaches, and ULW grads.
ULW is all about Creation, Connection, and Command.
Over the next few days, I’ll dig deep into what Creation, Connection, and Command truly looks like as you grow and develop as a Championship Leader.
I have a couple of invites leftover for the right man or woman wanting to attend.
That’s all I’ve got for today Big Shoots!