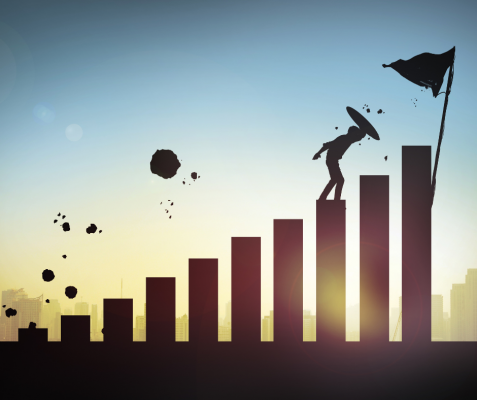 There is a Chinese Proverb about a farmer and his son:

A farmer and his son had a beloved horse who helped the family earn a living. One day, the horse ran away and their neighbours exclaimed, “Your horse ran away, what terrible luck!” The farmer replied, “Maybe so, maybe not.”

A few days later, the horse returned home, leading a few wild horses back to the farm as well. The neighbours shouted out, “Your horse has returned, and brought several horses home with him. What great luck!” The farmer replied, “Maybe so, maybe not.”

Later that week, the farmer’s son was trying to break one of the horses and she threw him to the ground, breaking his leg. The neighbours cried, “Your son broke his leg, what terrible luck!” The farmer replied, “Maybe so, maybe not.”

A few weeks later, soldiers from the national army marched through town, recruiting all boys for the army. They did not take the farmer’s son, because he had a broken leg. The neighbours shouted, “Your boy is spared, what tremendous luck!” To which the farmer replied, “Maybe so, maybe not. We’ll see.”

I had been watching In The Arena with Tom Brady last night and he was talking about this story and reflecting on his career.

I talked with a mentor of mine and friend Jimi Dowds this morning and he had a very similar message of our goals and outcomes being just simply that. Goals and outcomes. No matter the result. Falling short isn’t a failure.

As leaders, this type of awareness and presence of mind will continue to allow you to innovate and grow and will keep your culture-rich and healthy.

Maybe so, Maybe not.

That’s all I’ve got for today Big Shoots!