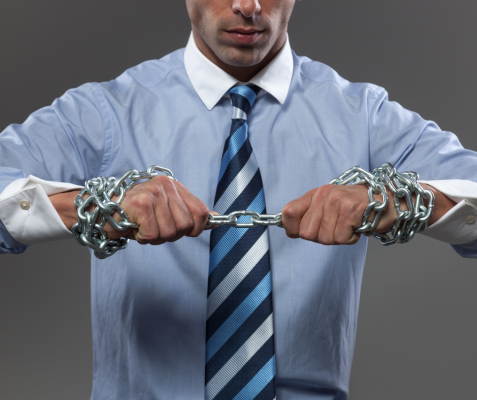 The idea of nothing being impossible has been ever presently popping up in my ether recently from a number of different places.

Rather timely after my post this past Friday about limits being the domain of the limited.

Interesting natural response that I have and that I believe that many have as well, when you read or have a thought that nothing is impossible. Natural tendency is to argue and debate that. To come up with examples of things that may very well be impossible.

I would also say that those in that camp of arguing the reality of the possible are the ones that live in the domain of the limited and live very limited lives, albeit self-inflicted.

I’ve been reading a book of someone who I would say is at the pinnacle in the business of coaching and have also just spoken with someone about coming onto my podcast that has accomplished some incredible results with recently incarcerated adults by giving them a foundation in culinary and hospitality services to create long term success for them.

The founder of the later is Brandon Chrostowski, of Edwins Leadership & Restaurant and just this morning he said it.
Essentially we are making the impossible possible and moving and grooving everyday.

That is Championship Leadership.

What if you made the shift in your life and went after the idea like it was absolutely 100% possible.

Too many times we have the amazing idea at night that makes it hard for us to sleep because we are so excited and wake up convincing ourselves why that idea is ridiculous because you begin putting limits on yourself.

Leaders’ responsibility is to communicate a constant message of possibility. Your team and people have a lifetime of hardwired limits programmed by them and others, and a large part of your job as the leader is to begin to rewire that limiting operation system to one of the great possibilities.

That’s all I’ve got for today Big Shoots!