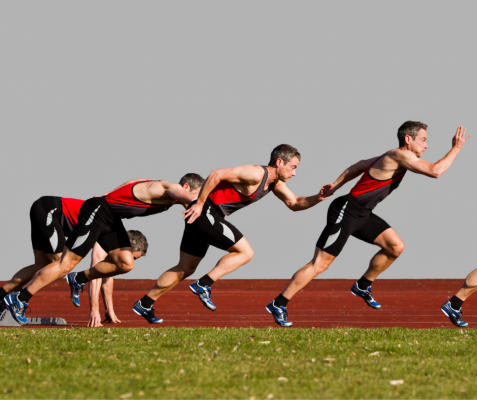 My clients and I were reflecting back on 2021 and writing out our wins for the past year.

Yet we will cling on to the smallest of setbacks, at times, for years.

Which brings me to my ONE LEADERSHIP TIP for today:

As we went through this exercise I was sharing some of my wins and I had completely spaced being a part of the reality tv show “Surviving Mann” with former SEAL team six member Don Mann and former UFC World Champion Randy Courture as Hosts.

Thinking about the filming of the show, there was a moment on Day 2 of 6 full days of filming where I tore my calf muscle. Right after I could barely walk on it, and had instant thoughts of that being the end of my part on this show.

The medic on site wanted to take me to the hospital to get checked out, Don came up to me asking if I thought I could continue and that if I wanted I could still be a part of the show as support behind the scenes.

I had all kinds of thoughts and feelings going on. Why me? Can’t believe this, I was doing so well in the competition of the show, and now I have no chance to win? I had a 135-mile run coming up in a month that I was raising thousands of dollars for and would I be able to run? If I keep going will I damage it any worse with future complications?

As leaders, we all are faced with these types of situations at all times.

We are forced to make decisions quickly, make hasty assessments based on the intel available, then choose and move.

The show was not stopping for me.

They had a schedule and had to keep moving. I had a decision and to be honest it was an easy one. I was going to stay in it as long as I could.

It was toward the end of the second day, we had two more evolutions that night. The next was a pistol evolution with minimal movement using concealment and the last a high ropes course:0

I just told myself I would keep moving, do what I could to the best of my ability in spite of the injury, not make excuses, and find ways to adapt to the injury to see how I could still stack up to the competition.

As a leader, when we respond this way in these types of moments, I believe we gain the respect of those around us…

You become a person that doesn’t just talk about it but leads through example.

If done without ego, and from a place of humility, the opportunity to inspire and impact others will be high.

Watching Tom Brady’s In The Arena they were telling the story of the 2001 season when Brady had an ankle injury from the AFC Championship game.

Bledsoe came in and played and they won the game and now the two QB’s were waiting to see who would start in the Super Bowl.

Brady says as a player and leader of the team with the injury if you can play you play because that is what you are supposed to do as a player.

Whether it’s an injury, unforeseen obstacle, deal lost, opportunity missed, or whatever the setback is as a leader we stay in the game because that is what leaders do.