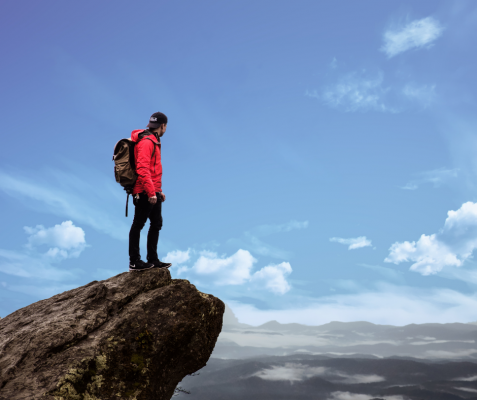 Got some fresh pow as I think they say up here in Northern WI.
Think we may just hit the sledding hill with the kiddos today.
Drink some hot coco, maybe play some games.
I don’t know…
Maybe watch a movie, I don’t know if we will have enough time!
Which brings me to my completely unrelated ONE LEADERSHIP TIP for today.
Who’s go the edge?
Been watching In The Arena with Tom Brady.
One of the first episodes all the players on the early Super Bowl teams talked about having “the edge”.
Mike Vrabel, Teddy Bruschi, Willie McGinnest, and the rest of the team had created a culture in those years that was driven by inner competition.
Who stayed in the building watching the film the latest? Who got to the stadium to work out first or for the longest? Who was out to the field for practice the earliest or stayed late to work on drills?
They would say to each other “I got the edge today”
They drove each other to be the best and the results because of that was incredible. They were a Dynasty in an era of the NFL that is driven and set up with the salary cap to not be.
This type of environment is set up and laid down by the coach and leader of the team but is one where leaders from within are developed and begin to take championship ownership themselves and begin to hold accountability with each other.
Who’s got the edge in your team or organization?
How can you help create and foster that “edge mentality” from within?
That’s it for today Big Shoots!