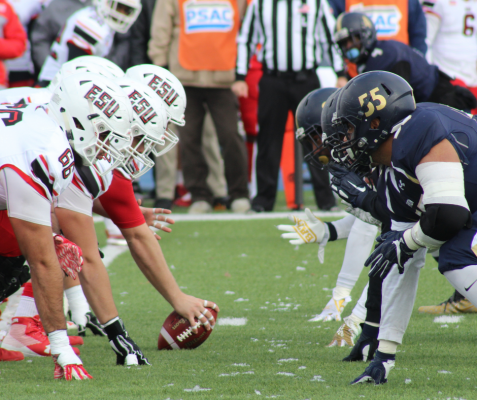 I’m excited for some time with family coming up next week.
Will get up to the Northwoods and relax and be merry, hopefully we can get a little snow in the forecast to make it a white Christmas.
Looking forward to resetting and frankly just relaxing for the week as we prepare for whatever Curveball 2022 want to toss at us in a seemingly continuation of 2020.
Hope you all take the opportunity to do the same, and for my no rest and no sleep brothers and sisters who see days off as a weakness, here’s to you keeping that hustle strong as well.
Which brings me to the ONE LEADERSHIP TIP for today:
The NFL is getting good as it always does this year and it’s incredible to see who rises to the top this time of year and separates themselves from the pack.  Go Pack btw;)
Watching the Ravens and Packers this past weekend and what a game.  The Ravens have a not so hidden any longer talent in QB2 Huntly, and as they were coming back from 11 down in the 4th, I said to myself if they scored the last TD they would most definitely go for 2 to try and win instead of going to OT.
The thought was, they had been aggressive all day and all year.  They were ravaged by injuries and covid, playing with a backup QB who was doing amazing, and they were having a hard time stopping A rod and Co.
It made total sense in that situation.  It didn’t work but I loved the decision.  I loved what it showed his team and fans that they were going to give it all they had, lay the cards and the table and live with the results no matter what.
Situational football at it’s finest, which in turn was all about situational leadership.  NFL films captured a great clip of Harbaugh the head coach leading his guys that 4th quarter and planting seeds in them on the decision he had already made.  They were going to go for the win.
Who would you rather be led by, a leader who is decisive and willing to instill confidence and certainty in his players and to go for the win or one that doesn’t, is timid and plays it safe?
I know my answer…
That’s it for today Big Shoots