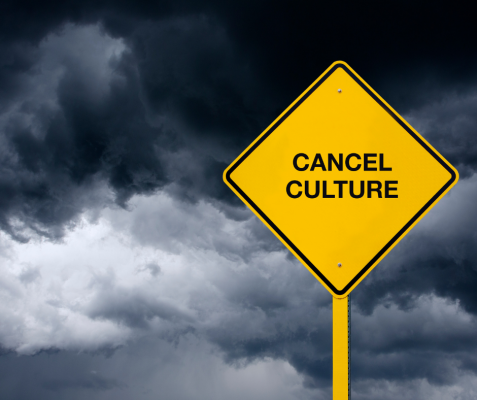 Day 12: Leading in the face of Cancel Culture


There absolutely are times as a leader to keep it light but I think more than anything, inside leadership it’s all about the ability to discern what the current moment requires.


We are in the most unique times of my life when taking a stand and being a leader comes with a hefty price.


It’s showing its head in the form of Cancel Culture.  The eloquently named catch phrase for either falling in line with a certain side’s agenda and talking point or being crushed by mob rule for daring to take a stand for what is right.


Kyle Rittenhouse has the President of the US calling him a white supremacist and MSN attacking him at every angle and the kid clearly was protecting himself from the mob which actually involved two people of the same color not that that should even matter, but everything seems to be a race conversation today.


A Lt. Col in the USMC was reprimanded and thrown in the brig for taking a stand and having the audacity to call out our leadership for the massive lack of accountability and failure in the withdrawal of Afghanistan.


Joe Rogan of all people has lies spawn about him when he shared his experience on Covid and how he beat it in 4 days and shared what he took that was prescribed by his Dr. to combat successfully Covid.


Which brings me to today’s ONE LEADERSHIP TIP:


Leadership is not walking a party line.


It is not playing to the crowd and answering with a line of talking points to play it safe and appease everyone.


It’s definitely not making decisions based on what others might think.


It is having the courage to stand up for your values and beliefs.


It is stepping into the arena while everything is going down right in front of you to make a difference for those around you.


It is setting your self-preservation aside to attempt to look good, all in the name of selflessly doing what’s required for the whole.


It is making the decisions and voicing what you know needs to be said, especially when you know it will end not in your favor, simply because it’s the right thing to do.


Because if not you, then who. Be a leader.


That’s all I’ve got for today Big Shoots