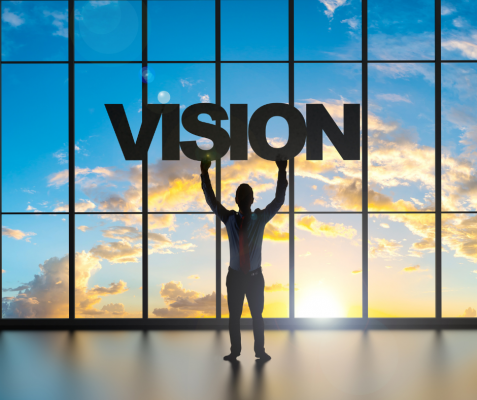 Was listening to a podcast the other day talking about Vision.
I’ve always said that Championship Leaders have great vision, but more than that, they have the courage to take action on the vision.


We’ve all had the most amazing ideas at night, laying in bed, only to wake up the next morning and think it was the worse idea ever.  Because we lost the courage we had the night before to get out and take action on it.


Bill Belichick and Nick Saban have incredible vision.  They continue to win at the highest levels against the best competition in the world, yet are able to see things that others aren’t and have the courage to implement that vision.


Which brings me to today’s ONE LEADERSHIP TIP:


Dream big, have incredible vision, but then muster up the courage and go take action.
Think of the disservice you are doing to people by staying on first.  Think of the impact you’ll never make if you stay frozen.


The only thing keeping you from taking action is selfishness.


You don’t move you don’t take action you don’t take your foot off first because you are worried about what others would think of you, you don’t want to look dumb, you don’t want to fail, you are too comfortable where you are…..
The list goes on, but all of the above is all about you.  Shift your focus from you to your vision and others and the impact you will make when you take off for a second.


You may, actually, you probably will get thrown out at second multiple times, but the great thing about baseball and life is that there is always another at bat and opportunity for those that stay in the game and have the courage to keep stepping up to the plate.


That’s all I’ve got for today Big Shoots