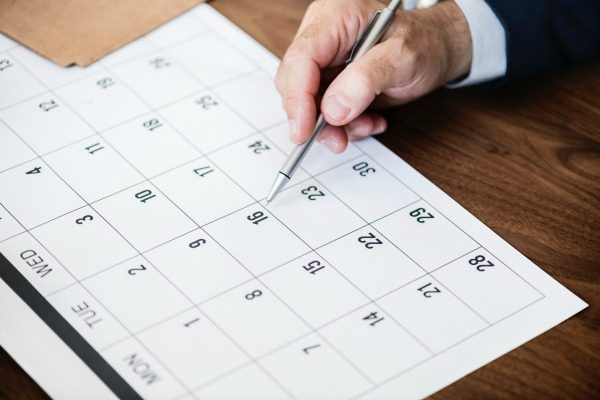 Keep your eye on the prize, take it one day at a time, and before you know it, you’ll be living your legacy life.

Have you ever heard of the concept of “The One Thing”? It’s the title of a book by Gary W. Keller and Jay Papasan. “The One Thing” is about literally that. Focusing on the most important task in front of you at any given time, and not allowing the enormity of the entire project or goal to trip you up.

Ryan Stewman also posted about “The One Thing” on his Facebook page a while ago. Ryan was answering the question he gets most often from people, which is: “How did you get so successful?” Ryan explained in his post that his success came from his years of consistent action. For over five years he has not deviated from his plan.

When we start to deviate from the one thing or from what we need to do one day at a time, we start to think about the future and tomorrow and a week from now and a month from now and a year from now. When we do that, what happens is instead of staying focused and motivated, we start to realize how much work it’s actually going to take to reach our goal, and it becomes intimidating. Your mind may start to wonder if there is something easier out there to do to reach success. To build that legacy lifestyle.

Unfortunately, there isn’t. Nothing worth having is easy, but your mind continues to try and play these tricks on you, it continues to try to talk you out of doing the difficult and necessary things that need to be done to get you to that ultimate point of living your legacy.

Focus on one day at a time, one thing at a time, and one task at a time. Some people can’t even focus on one task because they have five other things on their mind and so they’re trying to do six things at once and they can’t even do one of them properly because they’ll bounce from one thing to the other and before you know it, they forget the first thing they started.

Don’t get me wrong, I’m not saying that you should never look to the future. You need to think about the future and figure out what it is or where it is you want to go and what you want to accomplish. SO, look to the future and make a plan, but once that plan is in place, your focus needs to be on one day and even one task at a time. Don’t worry about the tasks for tomorrow or the next day. Just worry about today.

Just be in the moment, focus on the one thing in front of you, focus on knocking that out and getting it off the list, so you can continue to drive forward. One thing at a time, one day at a time.

If you can do that, five years from now you’ll be like Ryan Stewman. You’ll be the one answering the question, “How did you become so successful.” Stop chasing the newest and easiest ideas, and just keep putting one foot in front of the other. Keep your eye on the prize, take it one day at a time, and before you know it, you’ll be living your legacy life.

Photo by rawpixel on Unsplash

Posted in Blog and tagged Big 4, goals, Holy Cause, Legacy Lifestyle, living your legacy, Nate Bailey, one day at a time, one task at a time, prorev, prorev live, Ryan Stewman, Success, the one thing