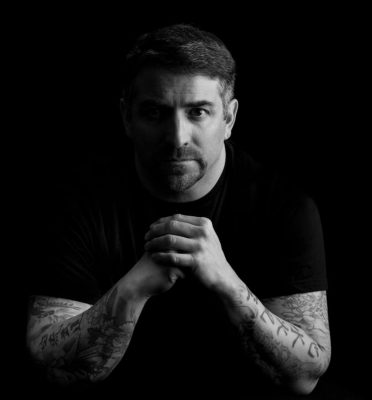 In this episode of Championship Leadership, we are honored to interview Mike Agugliaro, Author, Dynamic Speaker, and Co-founder of CEO Warrior and FuDog Group LLC. Mike is an electrician by profession and started out building an electrical service company together with his business partner Rob Zadotti. Years after founding the business that comes with struggles, they almost decided to shut it down but realized it was a misjudgment on their part and saw it as an opportunity to invest in themselves and seek the help of experts. During the following years, the service company grew into an 8-figure business, and by 2017 sold it to another company and shifted to a coaching and training organization for the home service industry, thus the creation of CEO Warrior.

Now, Mike together with his wife Jennifer with the creation of FuDog Group is embarking on a new journey of creating a greater legacy by transforming humanity and helping people discover their potential and create impactful lives. These and more!

“I believe a leader’s job is to create you into the very best self and allow other people to model those behaviors.”

“You could only lead yourself based on your experiences.”

“Their success meant more to me than my own success, because I do believe the more people you help, the quicker it comes back to you.”

“Mastery is being better tomorrow than you are today.”

“Everything has to change on the inside, before it could improve on the outside.”

“Build your identity way past what you want to achieve.”

Mike Agugliaro has proved the world wrong and continues to prove the world wrong every day.
Mike’s story starts like the stories of many people—with struggles in his family and in school. In his teen years, he lived on his own and faced one hardship after another. When pushed to the breaking point, and with more questions than answers, young Mike shifted his mindset: even when others would have given up, he decided to prove the world wrong and create a new story for himself.
That one mindset shift sparked a life of transformation and mastery: Mike started on his journey of martial arts when he was 15 years old, and devoted himself to mastery for over 3 decades that led him to creating his own martial arts system in 2009 called Jinsei Ryu Budo.
Mike applied the same mindset shift in his career: as an electrician, he started his own electrical company in 1994. The first years were challenging but little did he know what it would turn into. He kept pushing, he kept proving the world wrong, and he kept leveling up his mindset until success clicked. In just 10 short years, his once-struggling electrical company grew into a $32 million/year home services empire that was acquired by a private equity firm in 2017.
His mindset leveled up again as his focused shifted to serving the home service industry. He built CEO Warrior, the largest training and coaching organization in the world for home service businesses. He grew that company into an industry-transforming success story that helps thousands of service companies collectively generate more than half a billion dollars in additional revenue. Globally, CEO Warrior serves clients in 6 countries. In 2020, at the height of the COVID pandemic (and even when others said it couldn’t be done) he proved the world wrong yet again and brought aboard a large private equity firm to help grow the organization to another level. Now as a board member, Mike is continuing to guide CEO Warrior into a global empire.
Today, Mike is also working at a whole new level on his latest calling, through another company, FuDog Group. Through FuDog, he’s transforming humanity and helping people create lives of their dreams, more wealth than they could have imagined, greater health, and deeper relationships. Yet again he is proving the world wrong by showing people that business success is only part of the story but mindset shifts, personal success, transformation, and mastery are the often-overlooked part of the equation. FuDog Group is on a mission to impact 1,000,000 people in 100 countries in 10 years or less, and they’ve already impacted hundreds of people in more than a dozen countries.
Mike and his beautiful wife, Jennifer, live at the Jersey Shore. When Mike is not helping others, or spending time at the beach with his wife looking for sea glass, he is practicing martial arts in his dojo. Mike is the author of more than 17 books, and a sought-after speaker who has shared the stage with inspirational experts like Brian Tracy, Larry Winget, Jay Abraham, Mike Michalowicz, Lou Ferrigno, and so many others.
Years ago, most people would have looked at young Mike’s life and assumed that his story would end like so many others. But Mike shifted his mindset to a new level, pushed himself beyond what others thought was possible, wrote a new story of transformation and mastery… and today Mike continues to prove the world wrong and help others write a new story for themselves.