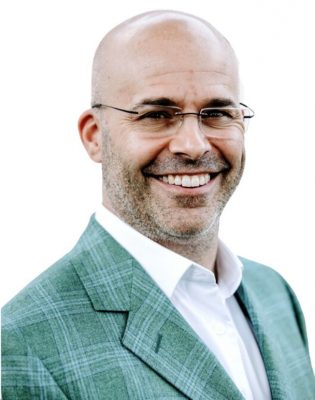 In this episode of Championship Leadership, we had a fun interview with Mark Lachance, a distinguished entrepreneur, renowned author, and CEO of Maxy Media Inc.- a performance-based digital marketing company and one of the largest TikTok, Facebook, Snapchat, and Google Display Network performance marketing agencies in the world.

Mark grew up in a family of hockey players, with two of his brothers who played professionally. However, Mark chose a different path and found success as a sports agent. Being a natural entrepreneur, Mark also embarked on different business ventures but experienced failures and bankruptcy during the recession back in 2008 which made him suffer from depression and anxiety. After his realization, Mark eventually decided to get back on his feet and start again.

Today, Mark is eager to share his stories and life lessons and tell us the formula to success through his book  The Lucky Formula. Know more about the book!

Tune in to his episode!

[2:27] What does Championship Leadership mean to Mark?

[4:23] Who is Mark Lachance and what brought him to where he is today?

“Championship leadership, it’s winning in your business as being an industry leader and winning that sales championship mindset.”

“You have to use every opportunity you have in every connection you can make to further your own career.”

“You know luck is not a fluke. It’s a formula.”

“For me, the qualities of a leader are Number one, the ability to show vision.”

“You’ve got to employ extreme ownership. You have to take the blame when something goes wrong. It’s your fault, not your team’s fault. You start pointing the finger at your team. That’s your downfall.”

“If you have the work ethic and if you have the ability to get out of bed every day and get fired up. I think today it’s probably easier than ever to be successful.”

“Success breeds success and you only hang around with people that are studs.”

“Why do the winners hang around the winners? Because it’s energy. It’s a vibration.”

Mark Lachance is a serial entrepreneur, strategic thinker, and investor.

He is a renowned figure in the business world, one who possesses a deep understanding of blitzscaling companies. Having owned and operated several businesses that have experienced hypergrowth through creative business development and lead generation, he is a master of sales and marketing and continues to apply and grow his expertise through current projects.

Mark is the CEO and lead investor of Maxy Media Inc., one of the largest TikTok, Facebook, Snapchat, and Google Display Network performance marketing agencies in the world. Currently, Maxy Media is the number one advertiser in terms of monthly spend on the TikTok platform in Canada and top ten in North America.