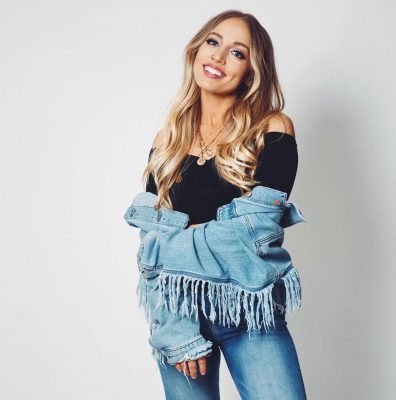 In this episode of the Championship Leadership podcast Jozey Jane talks about her TV and music career, challenging yourself and pursuing your passion, building a platform of love and inspiration, living life with no regrets and so much more.

“Life is about loving people.”

“If your not being challenged you’re just not growing.”

JozeyJane Begley was born and raised in the state of Oklahoma. She graduated from Southeastern Oklahoma State University with a Bachelor’s in Political Science. JozeyJane spent a lot of her years traveling around the world helping with various charity organizations, especially those involving impoverished and orphaned children. She has been a motivational public speaker at all types of gatherings throughout the years from schools to churches, youth camps to charity events. Her heart is to live a life that inspires those around her to believe in his or her dreams and pursue what lies within.

JozeyJane is a singer/songwriter, who loves nothing more than to connect and inspire others through song. She recently decided to pursue the country industry and just released her very first country music album on July 10th, titled “Dead End Road”. She’s making plans to relocate from her current residence in Cypress, Texas to Nashville Tennessee where she can further her music and acting careers.

Currently signed with two different acting/modeling agencies she’s spent the past year and half attending auditions and commercials to better develop her talents as to pursue movies and more tv shows. JozeyJane has spent the past four seasons on a hunting tv show called, “The Most Wanted List” which airs on the Sportsman Channel and spent the past three years working as a Personal Assistant to Melanie & Marcus Luttrell and assisting with their organization, Team Never Quit. JozeyJane’s life’s motto is, “Do It Afraid.” Living life by pursuing the things that make you come alive makes all the difference so even though you might be scared to take a leap of faith, your life and happiness are always worth the risk.