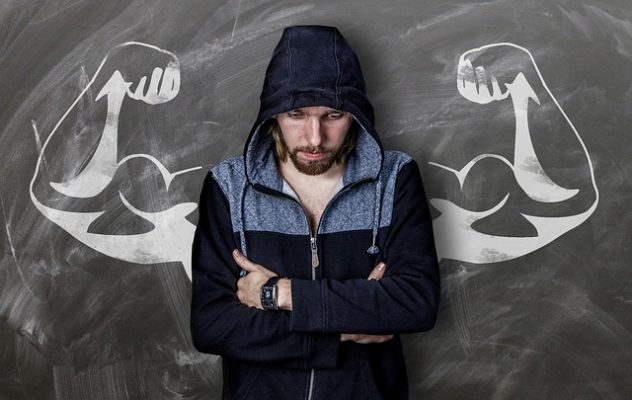 I live a very goal-oriented, outcome-based life. That applies to what I call the Big 4 areas of my life (Physical, Spiritual, Relational, Financial). In March of 2018, as I was preparing for a very challenging physical event in September of this year, I decided that I would sign up for a 100-mile solo run that was going to take place three months later, at the beginning of June 2018.

I had been running up until this point on and off, 15-20 miles a week in the middle of sub-zero temperatures and the standard brutal MN Winter. Very sporadically. Not anywhere close to 100 mile standards, if you will.

That in and of itself is kind of my MO. I live by a motto of doing hard things every single day, in the pursuit of constantly growing and expanding as a man. I am not afraid of big challenges, which is a strength and also at times can be seen as a weakness. It is one thing to challenge yourself and to sign up for challenging events, but that is the easy part. The work must be done; the piper must be paid.

It is always evident whether the work was done based on your results.

So, I went to work, and in the process, I accomplished a lot. I ran two separate 50K’s (31 miles), a 100K, and 75.6 miles in 4 separate events all within five months time, not counting the miles I put in while training and day to day life. These are all great accomplishments for anyone, especially for someone like myself who essentially was coming off the couch, zero to 100mph to tackle the elephant-sized goal of the Kettle 100.

The most I had ever run at one time, up until this point, was a marathon (26.2 miles) in 2008 when I completed the Arizona Ironman.  However, I didn’t exactly “run” after my legs started to cramp during the bike portion of the race, forcing me to power walk the entire run. The furthest I had run since AZ Ironman was a half marathon in preparation for SEALFIT Kokoro 45 back in June 2016.

Looking back on these accomplishments from the past five months does not seem like any type of failure, and you may be wondering to yourself right now what I meant when I said that.  The 100K that I completed was during the Kettle 100. I missed the cutoff time at the 100K aid station, and the race director pulled me off the course. This was a disappointment for me.  I was down on myself and not giving myself credit for the accomplishment that I had made, because it was short of the goal of running the 100 miles I had set.

Motivated from the disappointment of falling short of my outcome, I signed up for another 50K to continue training as well as the Burning River 100, in Cleveland Ohio at the end of July to finish what I had started and run 100 miles. It was at the Burning River 100 that I ran 75.6 miles before not being able to go any further.

Once again with this sense of failure for not completing what I set out to accomplish.

When living a goal-driven, outcome-based life, this is bound to happen. The feeling of failure is derived from the thoughts and stories that you believe to be TRUE—that are created inside your head about what others will think about you if you fall short. It can be a very slippery slope. It can cripple the strongest of us, and make even the toughest men shrink and play small.

Our worth is not tied to how many miles we run but by how we choose to show up and live each day. By how we choose to serve and lead inside our homes and communities. There is power in putting yourself out there to be vulnerable, aka signing up for a 100-mile solo run with no guarantee you will complete it and letting other people know, and holding your head high no matter the outcome as long as you know that you gave all that you had. And we do this by not allowing shortcomings to define us or stop us from living the life that we want to live.

I choose, as The Man In The Arena, by Theodore Roosevelt, so perfectly stated to be a man “who at the best knows in the end the triumph of high achievement, and who at the worst, if he fails, at least fails while daring greatly, so that his place shall never be with those cold and timid souls who neither know victory nor defeat. “

Failure, falling short, missing your target, call it what you want. It is part of life. An essential and important part of life. It is how we learn and grow, get better and improve. It is what strengthens us and opens new doors to new possibilities for us. If we choose.

So yes, I was and am a failure in my goal of running 100 miles in under 30 hours, for now. But I am a Champion in so many other ways. I am a better man in the Big 4 because of those failures. I have run further and learned many lessons that have driven me forward every single day.