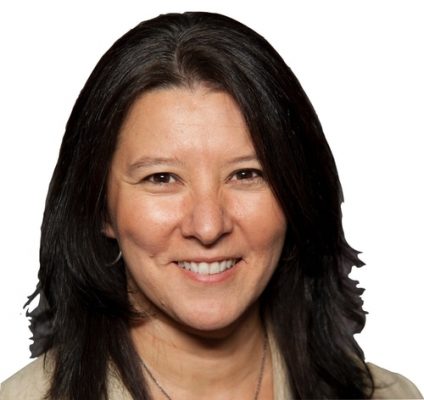 In this series of Championship Leadership, we are honored to have with us Ginger Zumaeta, an Emmy Award-Winning Writer-Producer and Founder/CEO of Zumaeta Group Company. She will tell us how she learned all the jobs from the bottom up, from being a TV receptionist to becoming a Vice-President of Advertising and Promotion of NBC and setting her off as one of the youngest VP person in the executive team at the young age of 31.

After years of working in a prominent TV network, Ginger faced difficulties due to the recession and was laid off in her job. As a result of unexpected circumstances, she was able to come up with the idea of establishing her own company and is now a proud Founder of a successful Zumaeta Group, a positioning and messaging strategy firm.

Learn more about her journey!

Tune in to this episode!

“Championship Leadership is a lot about reflecting and understanding your process.”

“Repetition is a mother of mastery.”

“There is no such thing as perfection, but you want to be in the right direction.”

“I think if you’re going to be better than the rest, you got to really look at your process and how do the fundamentals right.”

“Consider working for yourself.”

“Necessity is the mother of reinvention.”

“Write down what you want.”

“If you don’t have intention, you are just not going to get anything.”

A veteran marketing leader with 20+ years’ experience, Ginger Zumaeta has helped hundreds of companies – from emerging startups to Fortune 500 leaders – to develop positioning strategies that captivate customers and clients.

In addition to her work through her marketing firm, 3-time Emmy Award-winning writer and producer, Ginger Zumaeta, helps corporate teams overcome death by PowerPoint with her high-stakes presentation training and consulting.

Ginger is the Founder and CEO of Zumaeta Group, a positioning and messaging strategy firm, and author of the forthcoming book Deckonomics: Design Presentations that Spread Ideas, Drive Decisions and Close Deals.

Ginger has worked with some of the world’s largest brands, such as Coca-Cola, Verizon, Union Bank, Amgen, Anthem, Infinity Insurance, and many others. Her insights have been featured in publications such as Business Insider, TheNextWeb, Better Marketing, Storius, and Marketing Profs, among others and she’s spoken about marketing and messaging on numerous stages including Verizon’s Hispanic Marketing series, the Latina Style National Conference, Union Bank’s Personal Branding series, Kaiser Permanente’s Annual Brand Conference, and the Promax National Conference. She’s the winner of 3 Emmy Awards and 12 Muse awards for her work in television and has held positions as an adjunct professor at UCLA and Cal Lutheran in marketing and research.

After going from an award-winning career at NBC to launching Zumaeta Group, Ginger is also using her experience in storytelling and persuasion to train corporate teams in telling better business stories in order to move high-stakes work forward through clear and succinct presentations grounded in narrative story structure and backed by brain science.