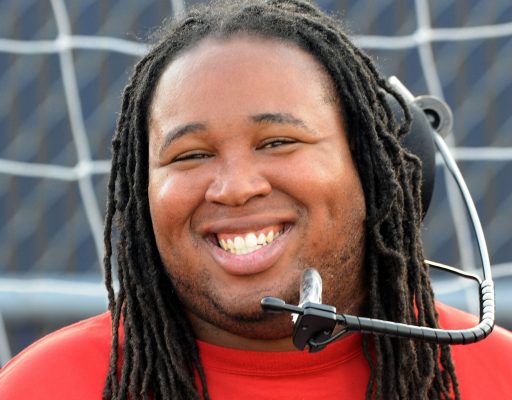 In this episode of the Championship Leadership podcast Eric LeGrand talks about his experience as a football player, overcoming adversity, being the best you could be and so much more.

“Success is the piece of mind you get knowing you did everything you could to be the best you can be.”

In October 2010, Rutgers University football star, Eric LeGrand, sustained a spinal cord injury at his C3 and C4 vertebrae during a fourth quarter play at MetLife Stadium. While the initial prognosis was grim, Eric demonstrated his titan strength by shattering all expectations for his recovery and rehabilitation. However, recovery was not enough.

With close to six million Americans living with some form of paralysis, including 1.3 million spinal cord injuries, Eric harnessed the national spotlight he attracted from his injury to give back to the community and inspire those living with and impacted by paralysis to bELieve.

Eric not only carries the torch of Team LeGrand’s mission, he continuously leads by example. During his time as a participant of the Reeve Foundation’s NeuroRecovery Network (NRN), he took part in a rigorous rehabilitation regime, including locomotor training, to re-teach his body how to walk and improve his quality of life. Since beginning therapy, he has regained movement in his shoulders and improvements to his overall health.

From becoming an author, sports analyst for ESPN, Sirius, the Big Ten Network and Rutgers radio, to a much sought after motivational speaker, Eric has given a voice to the paralysis community to mobilize support for critical initiatives, policies and cutting-edge research over the past five years. Additionally, he has extended his versatility by becoming a savvy entrepreneur who is involved in a number of different business initiatives.

Eric was recognized by Sports Illustrated with “The Best Moment of 2011” and the Jimmy V Award for Perseverance at the ESPY Awards in 2012. Further, he was inducted into the WWE Hall Of Fame in 2017, receiving the Warrior Award. In May 2014, Eric graduated from Rutgers University where he was an honored speaker at the commencement ceremony. When addressing his fellow graduates, he reminded them that “anything is possible,” and the importance of establishing a legacy of giving.

Since his injury, Eric has shown the world that obstacles can be transformed into opportunities, and he will continue to drive  his mission forward until he delivers on Christopher Reeve’s dream of a world with empty wheelchairs. To Eric, it is not matter of if he walks again, but rather when.