In this heartfelt episode of Championship Leadership, we interviewed our returning guest Eddie Penney, Founder  and CEO of Contingent Group and author of the book UNAFRAID. As a former Navy Seal and Marine, Eddie is not new to the scene of war but he has yet to confront the important battle in his life- a war within himself, which brings him to write his own experiences that will resonate with a lot of people.

In this interview, Eddie covers the story of how he pulled it off as a single father, Navy Seal, and a writer all at the same time and also tells us the life-changing stories and inspiration behind his latest book UNAFRAID. These and more!!

Do not miss this episode!! 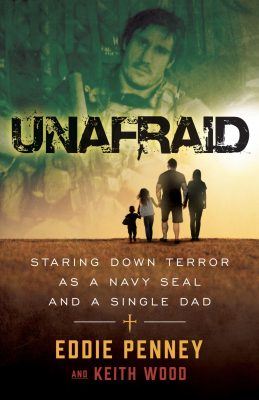 “I am actually wonderfully made and I’m going to destroy any obstacle that comes my way.”

“Who cares what other people think, but a lot of people do and it deters their way of life.”

“God was the one that pulled me through, made me who I am, and fixed me.”

“We just need to be real, nothing wrong with being yourself because we’re all different and awesome and what they don’t realize and I didn’t realize for the longest time is that individuals can reach other individuals in a specific way.”

Eddie Penney began his professional career opting to work in service to his country in the United States Marine Corps where he received foundational tactical training and taught as an urban terrain instructor specializing in creating calm reactions in the face of emergencies. Once his initial tour of duty was accomplished he enlisted into the United States Navy and completed SEAL training initially joining Seal Team 2. After five years of exemplary service including two active duty deployments in Iraq and Afghanistan, Eddie was promoted to SEAL Team 6 where he served an additional 7 years. He completed 5 additional deployments in Iraq, Afghanistan and Africa while performing hundreds of operations including: Direct Action Ops, Medical Evacuations, Executive Protection, Security Advances and Surveillance. His leadership roles during this time were that of Assault Troop Lead Breacher, Troop Leading Petty Officer, Command Breacher, Training Lead Petty Officer and Battlefield Interrogator. When Eddie’s tours of duty were concluded he still desired to give back to his country and spent time training the next generation of Navy SEALs for operational duty overseas in hostile environments.

During his 20 years as a combat veteran and Navy SEAL Eddie has had extensive training and experience with unique and unconventional methods in security that produce results. With his experience and knowledge, he founded and now operates Contingent Group, which is a risk mitigation company that bases their security techniques on each client’s particular needs.