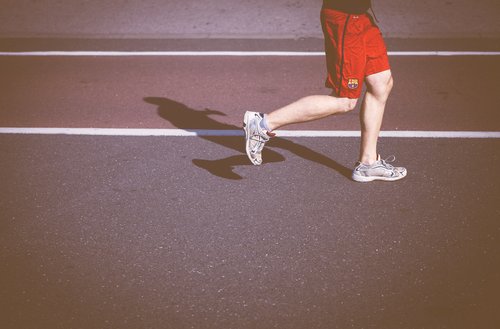 Not paying attention to details can derail even your best efforts.

For those of you who are just joining us, I competed in the Kettle 100 in June, and although I didn’t finish, I wanted to share a very important lesson I learned during that race.

You see, things were going really well. I was at a 16-minute and 40-second pace over the 100 kilometers and had stopped for a short rest and to change my wet clothes after getting rained on. We had made great time for the first 63 miles and were all feeling really good. My legs and feet were sore and I had some blisters, but that’s to be expected when you run over 60 miles in less than a day. Even with that, we were ready to finish the race strong. Unfortunately, that wasn’t going to happen.

We did everything right. We followed our plan to the letter. But we missed one small detail.

As we were leaving to go back out for the last loop an official grabbed us and said, “Hey, where are you going?” So, we told them, “We’re going back out on the course.” But the official said, “No one can leave this station after 18 hours.” We came in at 18 hours and 31 minutes and took about eight or nine minutes to get changed into dry clothes. We were heading back out at 18:40, but they stopped us. They told us, “You can’t go. You’re done.”

What a disappointment that was. I felt good. I felt great. Everything up to that point had gone according to our plan. The plan was to go anywhere between a 16 and a 17-minute mile pace all the way through to that point, and the goal was to finish a little bit faster, which I have no doubt we would have done. The sun would have come up while we were on the trail. I would have been excited to get through. Like I said, I was feeling really good!

Because I hadn’t paid attention to one little detail, because I didn’t check ahead of time for the cutoff, we were officially out of the race.

Afterward, while we were looking at the official rules we realized, and this is the kicker, that with a pacer if you got out of the station by 18:30, they would still let you finish. The last eight miles prior to that final aid station stop, we had walked. We were making great time and wanted to conserve our energy for the last third of the race. Our attitude was one of completion. “We’re right on track. We’re right on pace. We’re looking good.” We had room to play. I could have finished that last third of the race with a 20-minute mile pace and still got in under the 30-hour time cap.

We had 30 hours to finish the 100-mile run, and so that’s what we had built our plan around. 100 miles in 30 hours is an 18-minute pace. And my pace up until that point was 16 minutes and 40 seconds. But because of one small detail, and because I didn’t pay attention to that detail at the beginning of the race, we never got to finish.

None of us knew, but the blame lays on my shoulders. The details matter and I did not know about the 18:30 cut-off. So, unfortunately, that was a lesson I learned the hard way when they told us that we were done. Because, in my mind, I had already finished.

As a leader, it is your responsibility to know the rules and plan accordingly.

It’s tough knowing that I had followed my plan the entire way and one small detail derailed everything. I was thinking the cut-off would be for those who were not meeting the 18-minute mile pace that you would need to finish 100 miles in 30 hours. When we left at 18 hours and 40 minutes, we still had 11 hours and 20 minutes to go to finish 37 miles. More than enough time, especially considering how good we were all feeling. Other than a few blisters and sore legs, we were ready to tackle that last third of the race.

It’s also frustrating because we did everything right. I had followed my plan to the letter. I had even gone slower than I needed to, based on the advice of many others. I’d been told over and over from other people who had competed in ultras to “go slower than you think you should go so that you can go faster in that last third of the race. Ideally, you’ll go faster in the last third of the race because you will have conserved energy,” so that’s exactly what I did. It’s just that details matter, and not knowing the correct cutoff time caught us all off guard.

I wish I had a better story, like an injury, or something like that to tell you about, but that isn’t the case. Instead, it was a simple oversight on my part that ended the race early. However, this was the first time I’ve ever tried anything like this. It’s a great experience, with great lessons learned. I was prepared physically, I just wasn’t prepared in knowing the details. We had made an assumption that we were good to go. We all felt good. We were like, “We’re on track. We’re doing great. We have plenty of time. I could finish in 20-minute miles and still have room to spare,” but that just wasn’t the case.

I wish I had a better story … but that isn’t the case. Instead, it was a simple oversight on my part that ended the race early.

But, we live and learn. And this was an important lesson. The details matter, whether it’s in business, or personal relationships, or an ultra marathon. All the big things are made up of little things, and if you don’t pay attention you could miss something that may seem insignificant but that can throw everything you have worked for off track.

Thank you to everyone who supported this effort. I received a lot of messages of encouragement. People cheering me on and wanting to know how it went, so I wanted to share this story, and the lesson I learned from the experience.