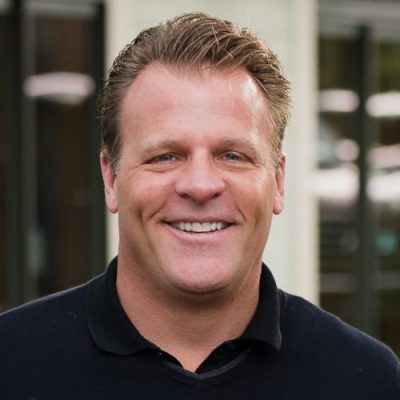 In this episode of the Championship Leadership podcast Dan Cockerell talks about his extensive experience working at Disney World, him coaching and his consulting company, his podcast: Come Rain or Shine and book: How’s The Culture In Your Kingdom, deciding to be your best everyday and so much more.

Grab a copy of Dan’s best-selling book “How’s the Culture in Your Kingdom?” here on Amazon. Click the image below!

“Even the stuff that doesn’t work… you learn a lot from.”

“People create their own opportunities, their own luck.”

“Do your best and then you forgive yourself.”

Dan first joined Disney in 1989 as a participant of the Walt Disney World’s College Program, where he worked in resort parking and front desk guest services at hotels. Upon graduation from Boston University, he was selected into Disney’s Management Trainee Program and joined the task force to open Disneyland Paris. He was transferred to France and worked in various management positions in guest relations, main entrance operations, food and beverage, and attractions.

In addition to his operational responsibilities, Dan has been a keynote speaker for the world-renowned Disney Institute for 18 years. He has addressed open-enrollment participants as well as attendees in customized programs including the USAA Bank, General Motors, the U.S. Department of State, the U.S. Army, the Southern Methodist University Business School, Porsche A.G., and United Airlines. He also participated in the Sodexo Quality Life Worldwide Conference Panel, moderated by Arianna Huffington. in 2015.

Dan started his own company in May 2018 and currently travels the world for consulting and speaking engagements where he advocates his people-first leadership philosophy. He provides customized, authentic presentations that focus on leadership and management practices. Dan draws upon his extensive Disney career to provide relevant, engaging examples and inspiring storytelling.

Dan earned his B.A. in political science and government from Boston University and his MBA from the Crummer Graduate School of Business at Rollins College. Dan has served on the board of Junior Achievement of Central Florida since 2004 and was Chairman in 2010.