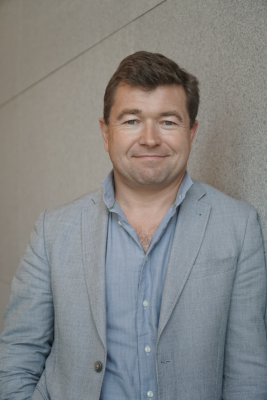 In this episode of Championship Leadership, we had the privilege to interview Alister Esam, an Investor, CEO, and Author of The Dirty Word. His burning desire to become successful drove him to work long hours thus putting too much stress on himself and his demotivated employees. Being a result-driven business owner, who wants nothing else but perfection for his company then came to a realization that something must be done. And then he discovered the secret to unlocking business freedom – PROCESS.

With this interview, you will be given a new perspective on process, its importance, and why it should be implemented in a way that will allow autonomy, empowerment, and creativity among your employees and team members while enabling your company to run itself.

Discover more about his journey!

“I learned more from the ones that don’t know how to do it.”

“It was to succeed or die.”

“It’s not about how smart you are or how good the idea is, I think it’s about the determination to just keep going until you are successful.”

“Rethink the whole kind of concept of the process because the process is if it’s done right is like a supporting tool to help people do a brilliant job.”

Alister Esam trained as an Actuary, sought a way to escape a career he found boring. Feeling trapped, he bootstrapped eShare, a SaaS business, and discovered that was far from providing freedom. He exited that business to a multibillion-dollar organization but not before figuring out how to escape the trap he had created. His new mission in life is to solve what he sees as an endemic problem in business, work just doesn’t work. His book The Dirty Word addresses the way we disregard creativity and disempower individuals as we scale businesses. He is an investor and mentor to 12 start-up companies and runs a SaaS peer group where tech companies meet monthly to solve each other’s business issues.